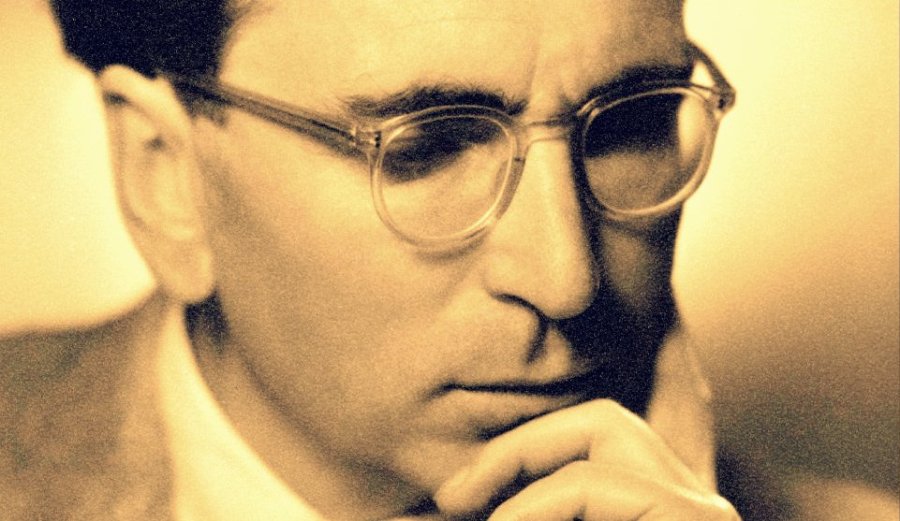 I have been fascinated with Victor Frankl for quite a while and with good reason.  His chart is a fantastic archetypal representation of his life and beliefs.[1]

The most immediately noticeable characteristic is the preponderance of planets positioned on the western (right) side of the chart.  This indicates that Frankl is deeply motivated and will define himself through his relationship to others.  The focal point of this theme is located in his 7th house Aries Sun at the apex of a t-square involving Uranus and Neptune.  The angular position of this configuration ensures its prominence and visibility, but the Sun’s involvement and leadership ensure that Frankl’s personality will be intimately intertwined with the archetypes involved.  Uranus represents independence, but also chaos.  Being placed in the IC shows the chaos Frankl experienced being removed from his home and sent to a concentration camp.  Neptune has a tendency to erode or hide the things it comes into contact with and its placement on the MC suggests that an authority was responsible for the chaos in his home and loss of freedom.[2]  The usual characteristics associated with an Aries Sun are “aggressive”, “competitive”, “warrior”, but a more fitting archetypal association for Frankl is the will to survive.  At its most primal, Aries is about survival and for an individual enslaved in various concentration camps, Frankl was able to tap into this archetype’s focal point.  This apex Sun is located in the 7th house of others or the house of significant relationships.  Not only is the 7th house a good position for psychologists and counsellors, but Frankl specifically indicated that survival depends on the love we have for others.

“In a position of utter desolation, when man cannot express himself in positive action, when his only achievement may consist in enduring his sufferings in the right way – an honourable way – in such a position man can, through loving contemplation he carries of his beloved, achieve fulfilment.”[3]

The Sun is ruling the 11th house of dreams, hopes and wishes and this also found its way into Frankl’s philosophy; “It is a peculiarity of man that he can only live by looking to the future.  And this is his salvation in the most difficult moments of his existence.”[4] This is perfect manifestation of a 7th house Aries Sun ruling the 11th house instructing individuals to survive through the experiences of their significant other(s) and focusing on the hope of a future where they will be reunited.

The loose Venus-Jupiter conjunction in the 8th house is significant as Venus is the chart ruler, dignified and strong in the sign of Taurus.  The conjunction to Jupiter gives hints of the broad vision Frankl nourished to keep his composure (Venus-chart ruler) and remain steady (Taurus) in the face of traumatic experiences (8th).  It also reflects how a positive vision (Venus-Jupiter) can assist with transformation (8th house).  Its significance is further accentuated by the aspects it casts to both sides of the oppositional polarity between Uranus and Neptune.  Frankl’s vision, strength and positivity were an aid in balancing the loss of freedom and self.

The intercepted Pluto-Moon opposition across the 3rd – 9th house polarity represents the heart of Frankl’s philosophy and psychotherapy, Logotherapy.

“But there is also purpose in that life which is almost barren of both creation and enjoyment and which admits of but one possibility of high moral character; namely, in man’s attitude to his existence, an existence restricted by external force.  If there is a meaning in life at all, then there must be a meaning in suffering.  Suffering is an ineradicable part of life, even as fate and death.  Without suffering and death human life cannot be complete.”[5]

“What matters is to make the best of any given situation.  ‘The best’, however, is that which in Latin is called optimum – hence the reason I speak of a tragic optimum, that is, an optimism in the face of tragedy…”[6]

The 3rd house represents our local environment or general observations made of our environment.  The 9th house represents the judgments and conclusions that result from those observations.  Essentially, the 9th house is a house of “meaning”, which is why it is also considered the house of philosophy.  But, it should also be noted that the quality of Sagittarius also has a philosophical bent, which is why Frankl’s Moon provides a poetic counterpoint.  Frankl realized that in order to confront (opposition) the reality of death and suffering (Pluto) one had to remain positive (Sagittarius Moon) in their everyday actions (3rd house ) and in order to perceive the broader picture (Sagittarius) that suffering and death (Pluto again) isn’t without meaning (9th house).  The Moon’s rulership of the 10th house of career and reputation is one reason why communicating (3rd house) lucid, courageous “tragic optimism” became his greatest achievement (10th house).

The Pluto-Moon polarity is more fully brought into focus with the involvement of Mercury.  Here, Mercury is ruling the intercepted 9th and aspecting both sides of this opposition from the 7th house.  Through writing (Mercury), Frankl was able to describe his personal philosophy (9th house) that would help others (7th house) from giving into nihilism (9th interception containing Pluto).  Writing was the way out, but it shouldn’t be ignored that Mercury also rules the 12th house of sacrifice and “In some ways, suffering ceases to be suffering at the moment it finds a meaning, such as the meaning of sacrifice.”[7]

The theme of writing is echoed by Mars’ rulership of and placement on the cusp of the 3rd house of communication[8] while also ruling the 8th house and in square aspect to Saturn.  Mars is strong and dignified[9] in the sign of Scorpio so Frankl would be effective in communicating (3rd house) his ideas and their content would involve areas of trauma (8th house) requiring transformation (8th house) due to conflicts (square aspect) with “external restrictions” (Saturn).

Victor Frankl was a truly unique, inspiring, heroic and strong individual.  Interpreting and analyzing these traits within the chart enhances our appreciation of his existence similar to understanding the technical complexity involved with any work of art.  It gives us a picture of the man that is more intimate and compelling than what is contained within books.

[1]We should note that the exact birth time is unknown.  Astro.com indicates that the biography reference of the time of birth being somewhere in the late afternoon and the exact time was obtained through rectification.  A variation of a couple hours would shift the angles one sign, but the majority of themes would remain intact.

[2] Millions of Jews were sent to concentration camps, but it is Frankl’s unique chart structure that makes him a living archetype of the survivor who would inspire others with the guiding personal philosophies that gave him the strength to endure genocide.

[8] The 3rd house represents the local environment, general observations and basic communication, such as writing and speaking.