For the first 28 years of his acting career, Bryan Cranston played small bit parts and minor roles on numerous different TV shows, often struggling to expand beyond a cameo appearance.  In 2008, Cranston finally struck gold in landing the role of Walter White in the TV show, “Breaking Bad”.  Over the show’s five year run, Cranston won the Emmy for Lead Actor four times which included an astounding three consecutive wins.  Correspondingly, the list of awards won by “Breaking Bad” are equally impressive and while it would be difficult to isolate any one factor as responsible for the show’s success, it is almost impossible to imagine this series being as successful without Cranston’s performance of White.  All of this begs the question: why did this role resonant so powerfully while all the previous did not?  Cranston’s natal chart (below) provides some insight:

The two most immediate and general impressions of the character, Walter White, is that he is a high school teacher and extremely sick.  This is represented by the Ascendant (first impression) ruler (Mercury) placed within the 9th house of teaching opposite the conjunction of Jupiter and Pluto.  Astrologically, Jupiter-Pluto contacts have a strong correlation with cancer due to Jupiter’s archetypal function of expansion (i.e. metastasis) and Pluto’s association with death.  Within Cranston’s chart, Pluto is specifically ruling the 6th house of health and disease and both bodies are retrograde, placing their

functions under a heightened degree of review/scrutiny.  Most importantly, their opposition to Mercury highlights the part of the body involved, specifically, the lungs.[1]  The overall delineation highlights a teacher who is struggling with coming to terms (opposition) with lung cancer.

Another core trait of White’s personality is his easy-going, mild-mannered and introverted demeanor.  This is due to Cranston’s Piscean Sun (i.e. ego) being intercepted within the 10th house.  As a sign, Pisces is one of the most introverted of the zodiac and an interception correlates with some kind of restraint or blockage affecting the archetypal function of any planetary body contained within it.  Together, these dynamics exacerbate each other, producing an ego that is soft-spoken, shy, insecure and somewhat lacking in self-confidence.

contain them.  Cranston’s falls across his 10th-4th house axis, representing the areas of career (10th) and family (4th).  For White, this manifested both as his disillusionment in his primary profession as a teacher and also the difficulty in pursuing his true passion, manufacturing drugs.[2]  The interception also correlated with the need to conceal or hide this drug activities from his family.

Typically, 10th house Suns tend to drive hard towards positions of leadership and its placement within the sign of Pisces as well as its “double” mutual reception[3] with Jupiter (4th ruler = family) and Venus (12th ruler = underworld) correlates powerfully with his status as a drug lord.  Of note, the Sun’s rulership of the 4th house as well as mutual reception with the traditional ruler of the intercepted 10th (Jupiter) highlights the huge motivation behind White’s illicit career choice:  he was doing it for his family.

While the Sun and Mercury offer two highly visible areas of delineation, Cranston’s grand cross (Moon-Uranus-Venus-Neptune) and mystic rectangle (Mercury-Jupiter/Pluto-Venus-Neptune) configurations flesh out the primary conflicts and overarching plots of this character’s biography.  The connection between these two configurations (via the Venus-Neptune polarity) provides information as to how White’s creativity (mystic rectangle) was able to meet the massive challenges (grand cross) in his life.  Let’s start by looking at the individual pieces of these configurations. 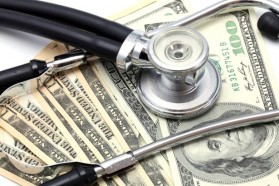 In previous articles we have explored Neptune’s archetypal connection to “other realities” that can be accessed via the imagination, spirituality or chemical substances.  Its placement within the 5th house of creativity reflects how drugs are a potential avenue of creativity and the opposition to the 5th house ruler (Venus) confirms this delineation.  Mercury’s (9th ruler = teacher) trine/sextile aspects to both ends of this polarity reflects his talent in leveraging his chemistry knowledge and expertise to cook crystal meth.  Venus’ archetypal association with art is ubiquitous, so it shouldn’t be

surprising that White’s ability in this area became an art form that few others could emulate.  Also, Venus’ placement within the 11th house of associates and dual ruler ship of the 12th house[5] of that which is concealed or hidden corresponds to White’s behind-the-scenes activities as well as his association with individuals and partners who came from the criminal underworld.  Overall, this grand cross paints a compelling picture of an individual who created a secret drug career due to the challenges of health, money and debt.

One characteristic shared by many forms of spirituality is the belief that while this reality is imperfect, fractured, temporary and full of suffering, there exists another that is perfect, whole and eternal (i.e. nirvana, heaven, etc).  The most enduring interpretation of this notion can be found in ancient Greece where the philosopher Plato proposed that everything in existence has a perfect counterpart or “form” to which it is just a copy.  Generations later, this cosmology was refined by the philosopher, Plotinus, who extrapolated that human beings, as individual derivations of a unified “One”, contain within them a connection to this eternal macrocosm or “spiritual realm”.

Because of astrology’s association with the ancient maxim, “as above, so below”, it was reasoned that Platonic and Neo-Platonic ideas could be operationalized by accentuating specific qualities of items, words, music, colors and clothing due to their similarities with astrological qualities and characteristics.  Since these qualities or characteristics were forms of a higher reality then by aligning “like to like”, the user could attract the “sympathies” of these higher powers to their benefit.  As described in the seminal text, The Picatrix:

Vast currents of creative force set in motion by the Godhead itself cascade downward through multiple levels of being.  They are refracted by the stars and planets like rays of light striking moving crystals, and descend to the earth with greater or lesser force, depending on the complex geometries of astrological relationship.  The magician is the one who knows how to catch these currents at the moments of their greatest power, store their energies in material objects appropriate to them, and direct those energies to carefully chosen ends.[6]

This system came to be known as sympathetic magic and during the Renaissance it received a high degree of exposure due to the translations and mass distributions of ancient texts and source materials by the philosopher and practitioner Marsilio Ficino.  To this day, a form of sympathetic magic is still practiced in the electional work of astrologers who seek to maximize the probability for success by electing the start date of an initiative or event with a moment affiliated with a chart that best supports it.[7]

All of which brings us back to the initial question on Bryan Cranston.

Was there something so intrinsically similar between the character avatar Walter White and Cranston’s “inner workings” that it yielded a performance that was less dependent upon years of training?  Was the alignment between inner archetypes and artistic expression so similar (or reflective) that it attracted “sympathies” of higher powers thereby amplifying Cranston’s overall probabilities for success?  But most importantly, without any evidence of astrological intervention, can it be assumed that any degree of sympathetic magic that may have contributed to the outcome was without intention or manipulation?  In other words, do the rarity of these occurrences or probabilities of sympathy infer the possibility of destiny?

Despite the enduring appeal of the aphorism, “you create your own luck”, without the occurrence of “luck” all preparations may be wasted.  For Cranston, the role of Walter White represented 1.35% of his total opportunities so it is debatable that he will find another with an equivalent degree of success and impact.  While it could be argued that Cranston may have mastered his craft by meeting the famous “10,000 hour rule” of practice, what about the scores of other individuals whose 10,000 hour milestones didn’t translate into the same degree of success?

For ages, humanity ignored and sacrificed the self in obedience to a “higher” reality, but this new age has challenged that if this reality can’t be observed and measured under controlled conditions then it doesn’t exist.  So while one perspective proclaims that it is not our place to know the plan(s) of a higher power/reality the other counters that if this power/reality doesn’t exist then we are compelled to focus on the only thing that does, the self.  Despite this inherent opposition, the two sides are inadvertently and surprisingly aligned in their approach to concepts like destiny and magic.  As a result, these subjects are no longer seriously considered and the ripple effects of this blind spot touch almost every facet of modern life.

The challenge of finding an appropriate bridge from one age to the next has become ubiquitous, omnipresent and urgent, yet this tension and pressure has become such an embedded feature of our current existence that we’ve become accustomed and desensitized to the dissonance.  This is why systems like astrology incite such visceral rebuttals.  By offering an option towards analyzing and understanding the missing part of the equation (i.e. luck, destiny, etc) it infers revolution due to the scope of change it would inspire.[8]  Deep down, many of us know that if astrology is right, then almost everything we know is wrong or incomplete.

Eliphas Levi once said, “nothing which is hidden is lost, but at the same time nothing that is found is absolutely new”[9] and in this regard I like to think that the miracles and magic, intelligent design and destiny have never left.  The fact that this information is not hidden leads me to believe that it was never meant to be suppressed or forgotten.  Despite the more fantastic and popular cultural images (i.e. Merlin, Gandalf, Harry Potter, etc), magic is much more mundane, natural and cyclical, manifesting in critical moments, often defining the trajectory of our lives.  Similar to these actors whose destinies allow them to shine forth their archetypes, all of us maintain connections to a larger reality of eternal principles.  By recognizing and analyzing its occurrence, we can become aware of the roles we are destined to play.

[2] Pisces is representative of both disillusionment and drugs.

[4] This is further underscored by the Moon’s rulership of the 2nd at the midpoint of Mars (6th ruler = health) and Chiron (wound).  This provides confirmation of the theme of White’s money being dependent upon insurance and connected to this health and a wound.

[5] Venus rules both the signs of Libra and Taurus.  With Cranston’s chart, these signs are on the cusps of the 5th (Libra) and 12th (Taurus) houses.

[7] Also, it isn’t too far removed from rituals like communion routinely practiced at many weekend services, incantations written on prayer flags, modern practices like Feng Shui that seek to harmonize an individual to their environment or Carl Jung’s formulation of shared, archetypes of human expression and experience.  All of these examples are strong descendants to this Neoplatonic theological foundation.

[8] This is not to promote some form of institutionally based astro-determinism.  Smarter people than I will have to figure out how to appropriately integrate astrology into society when it is once again accepted as a truth.

2 thoughts on “Born to Play the Role: Bryan Cranston/Walter White”